The run up to Christmas is a timely reminder of the perils of too much choice. I don’t watch much telly, but I have already become aware of the annual barrage of perfume adverts, for brands which I honestly can’t tell apart. And that is before we mention the now traditional cute supermarket ads. All of this is designed to tempt us into buying from the plethora of goods available online and in store, so we can create the perfect festive season.

Before you, perhaps rightly, accuse me of bah humbug, take a moment to consider what psychologists have called the ‘paradox of choice’. The phrase, coined by Barry Schwartz in his book first published in 2004, refers to the phenomenon that too much choice, particularly when it comes to consumer goods in affluent western societies, creates dissatisfaction. This is contrary to what he called the ‘official dogma’ that the way to maximise the welfare of our citizens is to maximise our individual freedom and the way to do that is to maximise our choice. 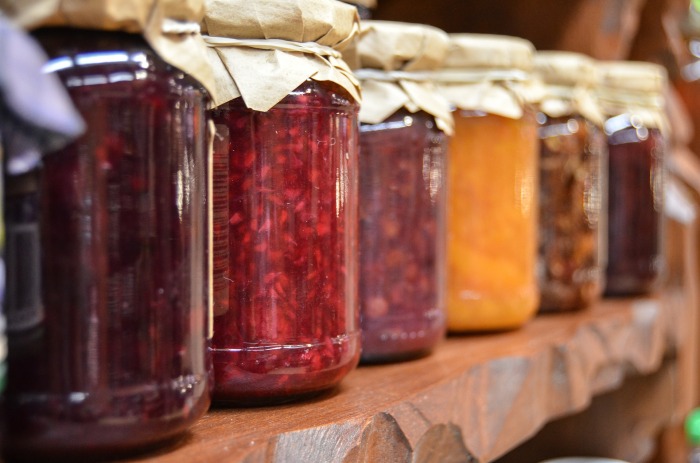 When choice is de-motivating: a psychological study showed that people faced with a choice of 24 types of jam bought less jam than when they were only offered 6 types.

He cited the ‘jam study’ (run in 2000 by Sheena Iyengar of Columbia Business School and Mark Lepper a psychologist at Stanford), which showed that, simply put, consumers faced with a choice of 24 types of jam bought less jam than when they were offered only 6 types of jam. Schwartz put forward 4 reasons why too much choice can have a negative psychological impact:

So how does all this relate to the workplace? In recent months I seem to have heard several pronouncements on the virtue of diversity and choice of workplace settings, especially when it comes to open plan and agile working environments. And being the scientific rationalists that we are at brainybirdz, we naturally question broad assertions, especially when there is evidence which doesn’t seem to fit.

We recently ran a workshop on the subject of visibility in open plan workspaces. It was held in an office environment with multiple furniture and locational settings and as part of the event we asked participants to choose where they wanted to work from for both a group collaborative task and an individual task. Afterwards we asked them to reflect on the emotions they felt about the setting they had ‘chosen’ and experienced. Most were positive about their choices, but a small minority were not. It seemed to us that some of this was to do with just the sort of factors that Schwartz talks about. In a variation on the theme of expectations not being met and the possibility that there was another location that would have been better, some found themselves unable to work in the place they originally had in mind because it proved to be a popular spot and other people got there first. In workplaces the choice, even if it is there, is inevitably limited. People very quickly work out favoured places to go based on such factors as access to daylight, privacy, comfort etc. The provision of choice can inadvertently create hierarchy. If the popular locations are ‘always full’ or maybe dominated by people more senior in the organisation, then it is not unreasonable to assume that people could feel more disadvantaged than if everyone had the same identical, uniform, bland workstation to work from.

We’re not saying that choice in the workplace in itself is bad. But neither is it good per se. At another simpler level, if employees perceive there is too much choice of where to work from, they may also, like the jam buyers and like me as a confused perfume consumer, decide the best choice is not to bother at all. Merry Christmas!

One thought on “The ‘paradox of choice’ in the workplace”